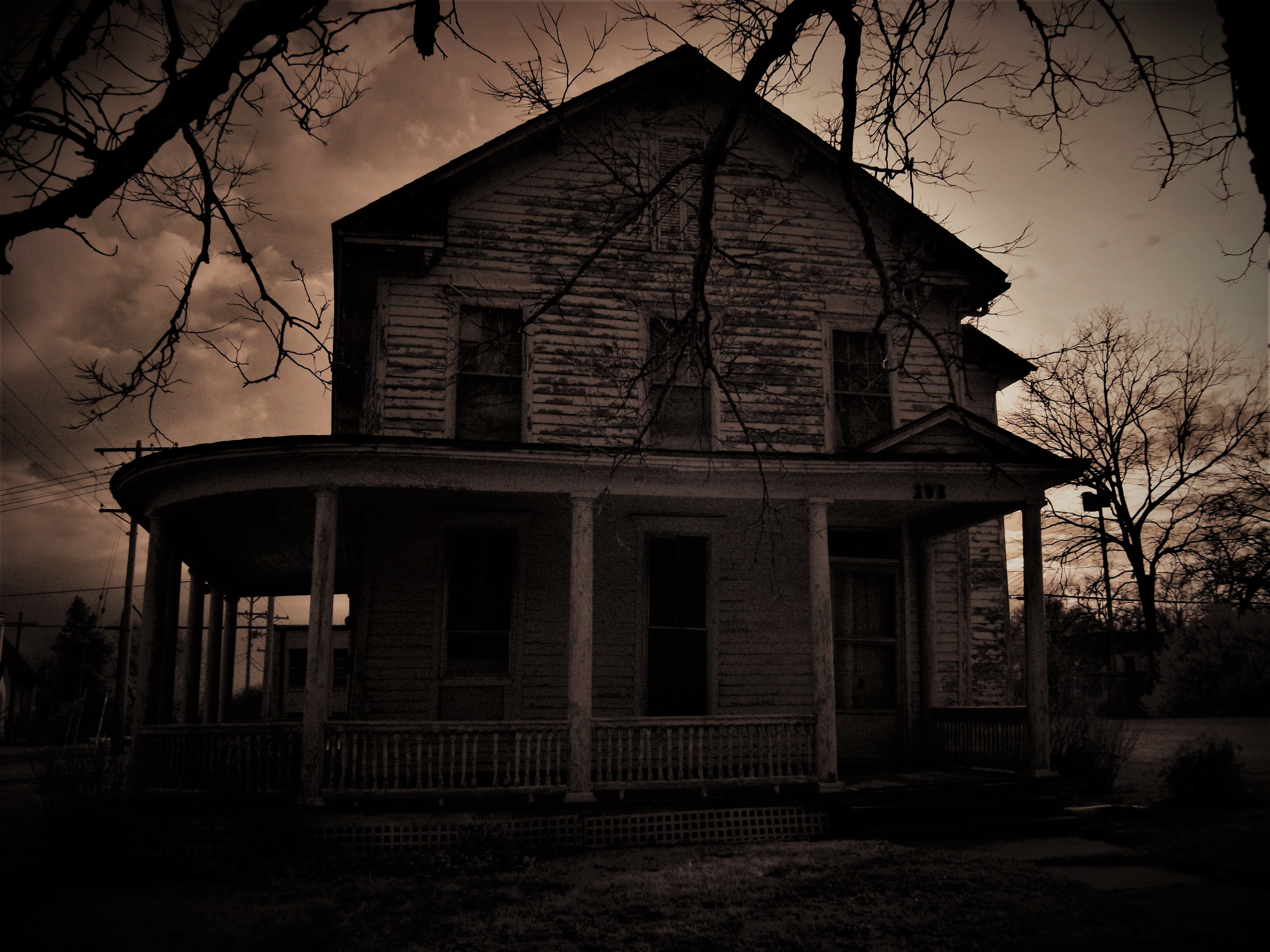 Between 1859 and 1860, a family named Alderman moved to the Garnett area and took up residence on the North Pottowatomie. The Alderman family consisted of Henry and Hannah but they had no children. Soon after a young woman by the name of Sarah Potter came to live with them. It was said that she was a very fine looking lady of her day.

At around six weeks of marriage, Leon Phillips became gravely ill. After a few days, doctors were called to treat the severely sick man.  Very soon after Mr. Phillips died but before he did, his new wife insisted he create a will. On his deathbed, Leon Phillips willed half of his property to his brother in Europe and the other half to his new wife. This act began to draw suspicion upon Sarah by those who knew Leon Phillips. The day after Mr. Phillip’s death, Sarah sent Henry Alderman to visit with legal counsel to find out if the will could be set aside.

Three days after the death of her husband, Sarah was now under the suspicion of the entire neighborhood and many believed that Mr. Phillips had met with foul play. It was then that a special coroner’s jury was brought together and the body of Leon Phillips was examined by doctors who came to the conclusion that the young man met his death due to arsenic poisoning. They also gave the opinion that this crime was committed by a conspiracy between the Aldermans and Sarah Phillips. All three were arrested and brought before Justice Hidden to hear the charges against them.

Upon examination of the evidence, the Aldermans were released due to lack of evidence. Sarah Phillips was charged with first degree murder in the death of her husband. During those years there was no jail in Anderson County or anywhere in the territory. It was decided by the sheriff that Mrs. Phillips would be kept prisoner at the Garnett House Hotel.

Mrs. Phillips was kept at the Garnett House Hotel for three months. During that time, she was allowed to have friends visit and lived in the hotel as if it was her own home. One particular evening, Sarah Phillips failed to show up to dinner. It was then discovered that she had mysteriously vanished from the building. After questioning witnesses, it was determined that a mystery buggy had pulled into the town of Garnett and had whisked Mrs. Phillips away. She was indicted for the murder of her husband in absentia.

In 1862, Sarah Phillips returned to Kansas after living and remarrying in Cincinnati, Ohio. She was soon arrested for the murder of her previous husband. She again attempted escape but was soon recaptured. She hired legal counsel, who soon requested that the case be moved to Douglas County due to fears of an unfair trial. The case went to trial in Lawrence, Kansas in the fall of 1862. The jury was deadlocked at nine for conviction and three for acquittal.  A mistrial was declared and the case was never again brought to trial.

Free on bail, she fled the country never to be seen again.